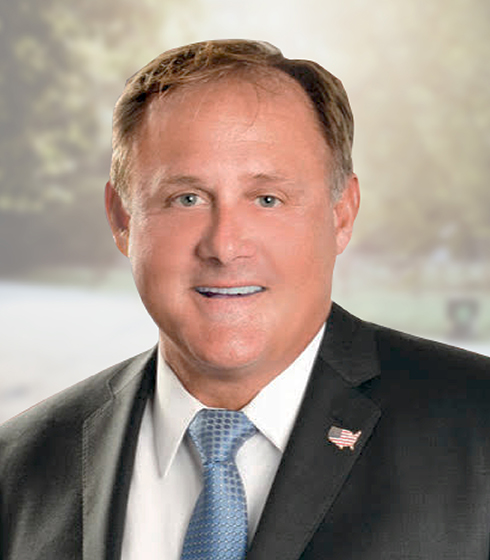 Captain John C. Cochrane, Jr. was born in Bay Shore, New York. Upon graduation from Bay Shore Public Schools, he attended Jacksonville University, where he graduated with a Bachelor of Science in General Business and was commissioned through Naval Reserve Officer Training (NROTC) in April 1982.

His first reserve assignment was Training Officer for Convoy Command, Naples Det 102. His next assignment was the successful formation of a new reserve unit for USS GETTYSBURG (CG-64) where he served as Gaining Command Liaison Officer. Captain Cochrane was selected as REDCOM TWO Reserve Officer Association (ROA) Junior Officer of the year in 1992. He then was assigned as Commanding Officer of NR AFDL-6-Det 102 and Executive Officer of Readiness Unit 1602 in Amityville, New York. Captain Cochrane was selected as REDCOM FOUR Naval Reserve Association (NRA) Junior Officer of the Year in 1994.

Captain Cochrane then assumed command of Mobile Mine Assembly.

Group Five in Albany, New York. His unit was awarded REDCOM One Readiness Award and Letter of Commendation from the Secretary of Navy. He was activated by the New York Naval Militia to be an Liaison to the TWA Flight 800 Recovery Command. In October 1997, Captain Cochrane assumed duties as Operation Officer (J3), Commander Strike Fleet Atlantic. The unit was awarded the Leo Bilger Award.