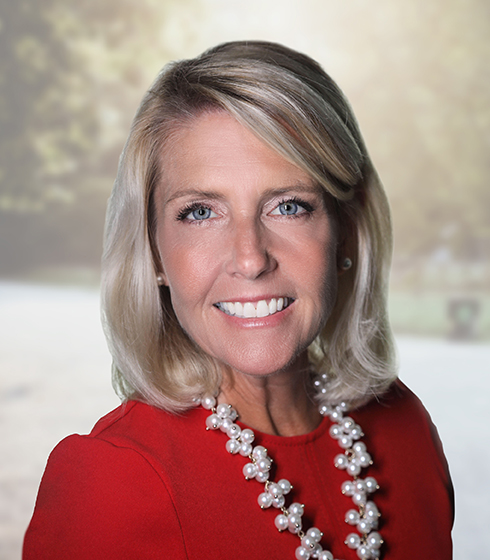 Councilwoman Mary Kate Mullen grew up in Huntington, New York and graduated from St. Anthony’s High School in South Huntington. After high school, Councilwoman Mullen attended Fairfield University in Fairfield, Connecticut, on an academic scholarship and graduated with a Bachelor’s degree in English. In 1995 Councilwoman Mullen obtained a Juris Doctorate degree from St. John’s University School of Law and is admitted to practice in both New York and Federal Courts.

After graduating St. John’s Law School, Mary Kate began her legal career as an Assistant District Attorney in Suffolk County. From 1995 until 2003, Councilwoman Mullen prosecuted all types of cases, including class A-1 felonies as a Senior Assistant District Attorney in the Narcotics Bureau. Upon leaving the District Attorney’s Office in 2003, she entered private practice and worked for a law firm in Central Islip, concentrating in all aspects of civil litigation. In 2015, Mary Kate opened a Suffolk County office for the law firm Biedermann Hoenig Semprevivo.

Since 2001, Councilwoman Mullen has lived in Bayport with her husband James Most and their three children, all of whom attend Bayport-Blue Point schools. Mary Kate is an active member of the Suffolk County and New York State Bar Associations. In addition, she volunteers with the Bayport-Blue Point youth football and lacrosse leagues. In her free time, Councilwoman Mullen enjoys all of the natural beauty and outdoor activities that the Town of Islip has to offer. She is an avid swimmer and runner, having completed 16 full marathons and is a member of the Greater Long Island Running Club.