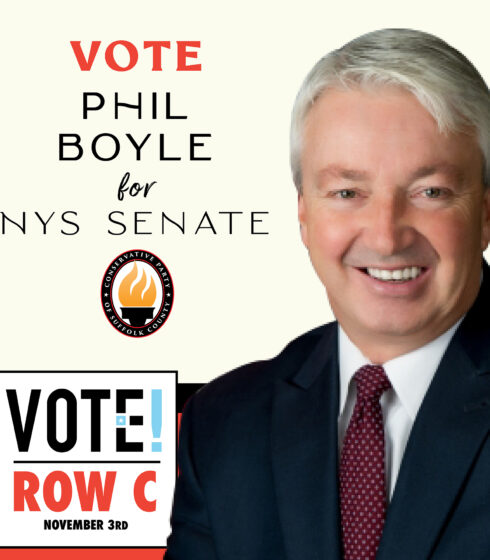 Senator Phil Boyle was born and raised in the 4th Senate District. Currently, he lives in Bay Shore with his wife, Victoria, and their dog, Livvy. Phil is an active volunteer firefighter and former EMT with the Great River Fire Department.

Elected to the State Senate in 2012, Phil was named Chairman to the NYS Senate Task Force on Heroin & Opioid Addiction during his first term. This massive effort to make strides against the drug epidemic sweeping our state, held 18 statewide forums and brought unprecedented attention to the crisis. Eleven of these anti-heroin measures were passed with support from both parties, and signed into law by the Governor.

Animal Advocacy is one of Phil’s passions, and he has been presented with the Humane Legislator Award by The Humane Society of the United States in 2016 for his work combating cruelty to animals. He continues to work to modernize New York’s anti-cruelty laws and protect our animals.