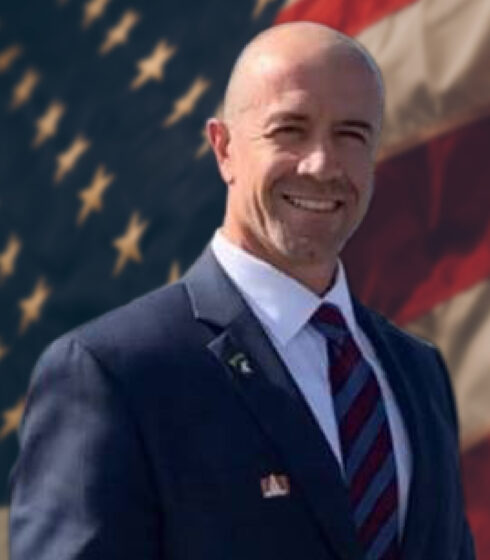 Mike Simonelli, is a decorated veteran dedicated to public service and our community. A Brooklyn native, he has a history of honorable service to the nation and New York. Immediately after graduating from Sheepshead Bay High School, Mike joined the US Air Force at the age of 17, where he continued to serve for 20 years.

After graduating from the US Air Force Academy with a Bachelor of Science, Mike was an active-duty Air Force Finance Officer for five years before transferring to the US Army National Guard and the Reserves. As a Civil Affairs Special Operations Army Officer, he deployed to Iraq from 2003-2004 and Afghanistan in 2010. Retiring as a Lieutenant Colonel, Mike’s awards include the Bronze Star Medal with one oak leaf cluster, Army Combat Action Badge, and Air Force Combat Action Medal.

For the last 21 years, Mike has served as a police officer, first with the NYPD and then Suffolk County. Mike loves the camaraderie of the police force. His passion for representing his fellow officers won him three elections to the Police Benevolent Association’s (PBA) Union Executive Board. In 2020, Mike earned his Master of Science in National Security Studies From American Military University, a lifelong goal.

Mike grew up in a blue-collar working family. His father, a Vietnam veteran and Local 580 ironworker and Union president, instilled in him a love of country and service. His mother, a homemaker, ran the house and kept a steady stream of delicious scents coming from the kitchen. From his mother, he learned the importance of family.

Despite his many accomplishments as a police officer, military officer, and union leader, the title Mike cherishes most is Dad. Mike has impressed the same sense of patriotism and duty in his teenage son, who one day plans to join the military.

Mike and his son, Michael, reside in St. James, and enjoy sailing and standup paddle-boarding in the Long Island Sound.