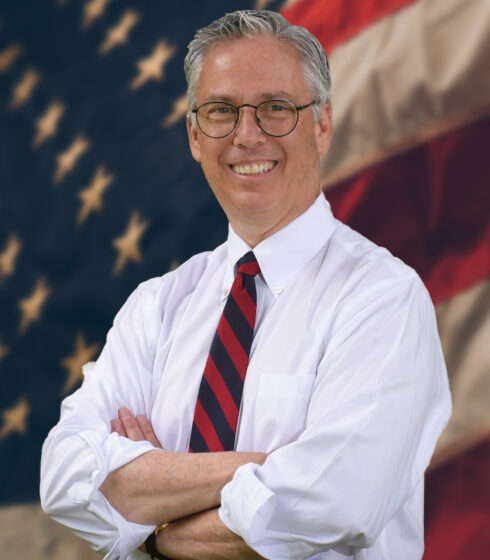 Legislator Steven Flotteron was elected to represent the residents of the 11th Legislative District in November, 2017. In addition to running a successful insurance practice for the past 30 years, he brings 15 years of Town and County Government experience. Since serving the County, his focus has been on securing the County’s economic security, improving the Waste Water Management Program and our community’s health and safety with a priority to maintain a high quality of living for families in Suffolk County. His recent accomplishments include the successful passing of Legislation; “Reduce County Spending” Task Force, End Illegal Fees in Suffolk County, Diverting Taxpayer Funded Election Money, March Named Irish American Heritage Month, October Named as Italian Appreciation Month, September Recognized for Prostate Awareness and 9/11 Victims Remembered by illuminating the H. Lee Dennison Building and the RISE Act and the Coalition formed for the Proposal to Update Fire Island’s Sewage System.

Legislator Steven Flotteron has been a driving force in Suffolk County since settling in the area with his wife, Ellen, in 1995. At that time, his community of Bay Shore was experiencing years of economic downturn and in need of redevelopment. Steve wasted no time getting involved with trailblazing community groups such as the Bay Shore Summit Council.  For the next ten years, he served as President of the Code Enforcement Committee and later Vice President of the Council. During this time, he joined community leaders from Brentwood and Central Islip and formed the Tri-Hamlet Alliance. Their most notable accomplishment was to amend the Uniform District Court Act allowing the Town to start legal action against absentee landlords. This enabled the Town to clean up illegal housing in the community. As a result of his continued commitment to improve his community, Steve was urged to run for public office.

In 2005, residents elected Steve as a Councilman for the Town of Islip. Over the next twelve years, he was a proven leader and problem solver. In addition to serving on the Budget Review Task Force, he continued to strengthen code enforcement. Improving the quality of life for the people in Islip has always been his focus and priority. Especially rewarding has been the many improvements within the Town that were accomplished at no cost to taxpayers. Examples of projects spearheaded by the Councilman during his tenure were the Bay Shore Marina, West Islip Beach/Marina (Madeline Hsu Playground), Brookwood Hall Restoration and Garden, The Grange in Sayville historic building improvements and Disney/Kaboom Playground in Central Islip Community Park. In addition, he was honored with the Central Islip Distinguished Citizen and Vision Long Island Awards, the 2013 Grand Marshal of Brentwood St. Patrick’s Day Parade and honored by several other organizations and community groups.